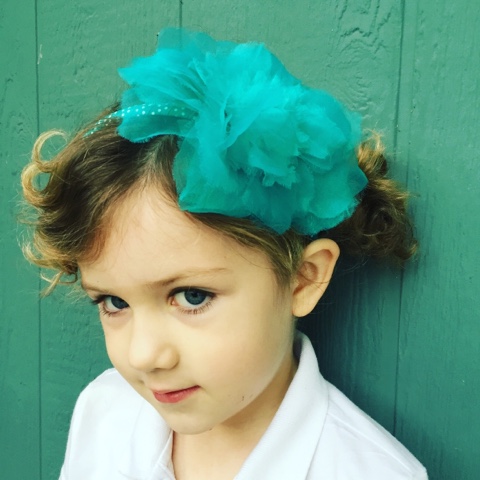 I'm using the term Happy Divorcee totally out of context to the movie, but in comparison to where life was last year, it makes total sense. About this time last year Grace was getting used to life outside the hospital. And she was mad about it. I hadn't realized returning to "normal" life would be so traumatic to a child who had spent majority of her young life living inside the hospital.

By living at CHLA for over 100 days I became Grace's closest friend. I helped her face each fear. I held her through each painful treatment. We played Barbies for hours when she was in isolation and not allowed to play with the other children. We colored together. Sang silly songs together. I essentially became a five-year old so that my daughter wouldn't be lonely. We lived this way often for weeks at a time.

When Grace was able to start living at home again I was eager to do grown-up things. Like talk to my husband. And pee in solitude. Grace became angrier and angrier and we couldn't figure it out. We imagined she'd be thrilled to be a regular kid again.

Finally we realized she saw me being a grown-up as if I had just ended a marriage with her. She was the scorned lover. So we backtracked and re-enacted the hospital life for a few weeks while we slowly weaned her off her mommy dependency. Not that she didn't still need me but we eventually returned to a more regular mommy-daughter relationship.

Two nights ago Grace didn't want to eat her broccoli for dinner. I told her that I was thrilled and that I would only give her junk food and candy from then on out. No broccoli ever again. She looked at me suspiciously. I told her that if she ate healthy food then she'd grow big and strong and one day she'd be a teenager and even go to college. If she ate junk food then she would always stay my baby girl we would cuddle and I'd hold her tight forever. She ate her broccoli in a flash. She even licked the plate.

Grandma noticed the change too. Her two Grandmas and I used to hold very high places of honor in her life. Mostly because we were some of her main playmates when she was too sick to have friends. But she's back in school. She LOVES kindergarten. I think learning to read, learning to ride her bike, learning to have peers as playmates, has given her a huge sense of independence that our alpha-female is cherishing. Now the Grandmas and I are "regular." At first this was a painful realization.

I enjoyed the cuddles. I loved the secret smiles and her little hand always holding mine. I wasn't huge on the Barbie-marathons, but there was a lot of affection that blossomed in those moments. Now many of those moments are shared with friends at school. With her teacher. And in some ways I feel like they don't deserve them. They didn't clean Grace every time she vomited. They didn't push the call button every time she needed more pain meds through the night. They weren't there when she needed to play CandyLand eight times in a row.

Grace is now the happy divorcee and I am the left behind lover.

And I'm so thankful for that. I really am. Once we get the test results back next Monday (and I feel confident they show her to be cancer-free) my daughter will be normal again. Totally normal. She will be a regular kid without many of the emotional scars that cancer so often leaves. She will always need me, and her family, but not as much as before. She'll live her own life while we get to cheer from the sidelines.

It cost me everything I had to give for two years for this moment. As a mom it's so bittersweet. But I am so pleased that she's already beginning to leave the nest. She's learning to fly and I know she is capable of soaring. 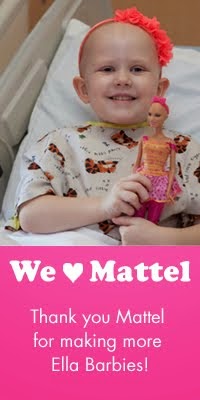